Back to Current Projects

If you have been a victim of or a witness to a racist incident, you can call us on (021) 427 3594. Nasc logs all racist incidents reported to us on the national third party reporting system – iReport – operated by INAR Ireland.

We also offer support and redress for victims of racism. If you wish to make a report, one of our staff will meet with you in Nasc’s office. During the appointment, we will ask you some questions about the incident to help you make a decision about your options. All information is confidential.

If you have been a victim of or witness to a racist incident that involved a physical assault or any other incident of a criminal nature, you can report it to An Gardaí Síochána (Police Officers in Ireland). In Cork, the main Garda station can be contacted at (021) 452 2000. The address is Anglesea Street Garda Station, Anglesea Street, Cork City. The emergency telephone number is 999 or 112.

Though there is currently no law in Ireland specifically targeting ‘racially motivated crime’, you should inform the Gardaí if you believe the incident was racist in nature. It may be used as an aggravating factor in any later court cases. The government has committed to introducing Hate Crime legislation by the end of 2021. Draft heads of legislation have been published.

Nasc operates using the ‘Macpherson definition’ of a racist incident – that is, if the victim believes the incident was racist.  This victim-centred definition comes from the official Inquiry into the murder of Stephen Lawrence in the UK and is widely accepted as the most appropriate operating definition. 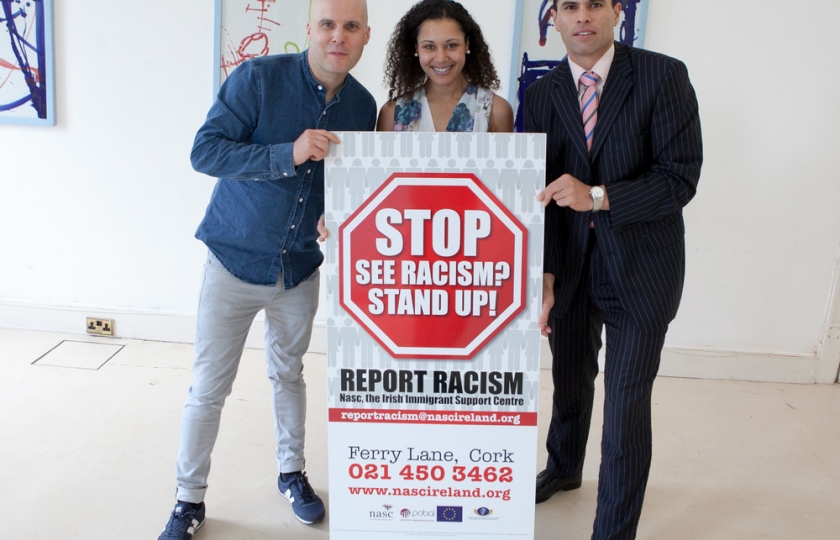 INAR Ireland has developed a system through which racist incidents in Ireland, wherever they are reported, will be recorded in a central database. This allows INAR Ireland and its members to provide evidence to policy makers in Ireland that racism is a reality that needs to be taken seriously.

By reporting the incident, you’ll help INAR Ireland to:

Any information reported to ENAR Ireland will of course remain entirely confidential. You can report an incident to INAR through Nasc, or simply go online and report it yourself at iReport.