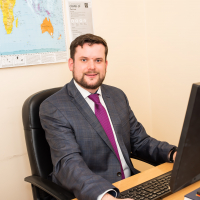 Brian is a graduate of University College Cork and holds a Bachelor of Law degree (BCL) and a Master of Law (LLM). He also holds an Advanced Diploma in Employment Law from King’s Inns.

Brian was called to the Irish Bar in 2010 and subsequently gained experience as a practitioner in the area of immigration and asylum law. In 2014, he was admitted to practise as a solicitor.