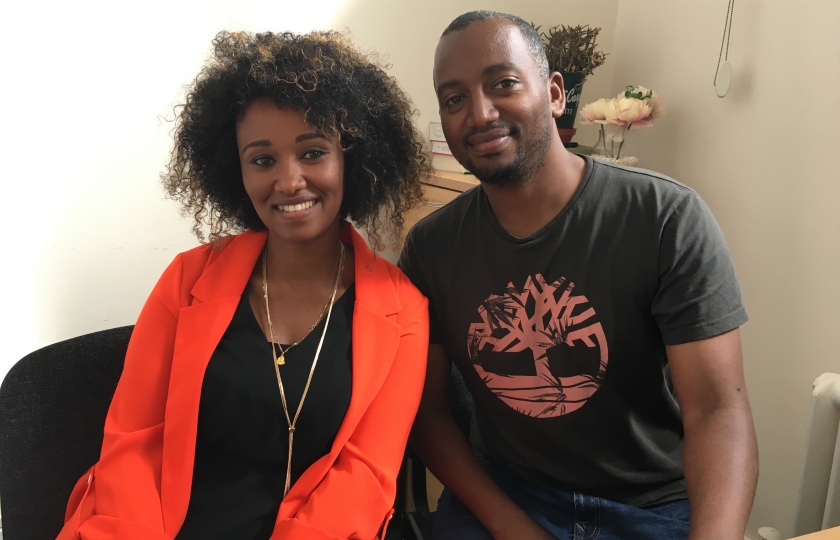 We are delighted to bring you another Good News Friday from the Legal Service at Nasc. Amongst the positive decisions recently were a successful International Humanitarian Admission Programme application and a successful change of status application.

Gloria* came to Nasc in January 2019 for assistance with an application under the International Humanitarian Admission Programme. Gloria had come to Ireland from the Democratic Republic of Congo in 2003 to seek asylum and had left behind a young son, Wayne*. Gloria had eventually become an Irish citizen however she never gave up hope of one day bringing her son Wayne to Ireland. Gloria was unable to travel to the Democratic Republic of Congo herself as she continued to fear persecution however she maintained constant contact with her son by phone.

Gloria had submitted an IHAP application herself in 2018 and was devastated when it was refused. When the application process reopened for 2019, Gloria came to Nasc to assist with her new application. Nasc worked with Gloria to ensure she had all of the correct documentation for her new application and our legal team assisted Gloria to explain why her son was in a particularly dangerous situation in the DRC.

We were delighted that Gloria and Wayne received a positive response. Nasc's Legal Team are now helping Gloria to make travel arrangements for her son. They are both overwhelmed at the prospect of seeing each other for the first time in 16 years and finally having their whole family complete in Ireland.

Abel and his wife Romadi came to Nasc in March of this year. Abel recently arrived in Ireland on a visa to join his wife, Romadi, but had been registered on a Stamp 3 basis and so was unable to work. Abel had applied for numerous jobs and has received numerous call backs and interviews however once potential employers learned that he would need to apply for an employment permit, his application wouldn't progress any further. Nasc were able to submit an application on Abel's behalf to the INIS requesting a change of status which would allow him access to the labour market.

In the meantime, Nasc were also able to link Abel in with the wonderful John Dennehy of the Cork-based software and recruitment company Zartis. John was able to work with Abel to get him access to a software development course and develop his existing background as an IT specialist. This week, having just started his intensive course, Abel was notified that his application for a change of immigration status had been successful. We were so happy to have him and his wife Romadi come by the office.They're now both really excited about a happy and successful future in Ireland. 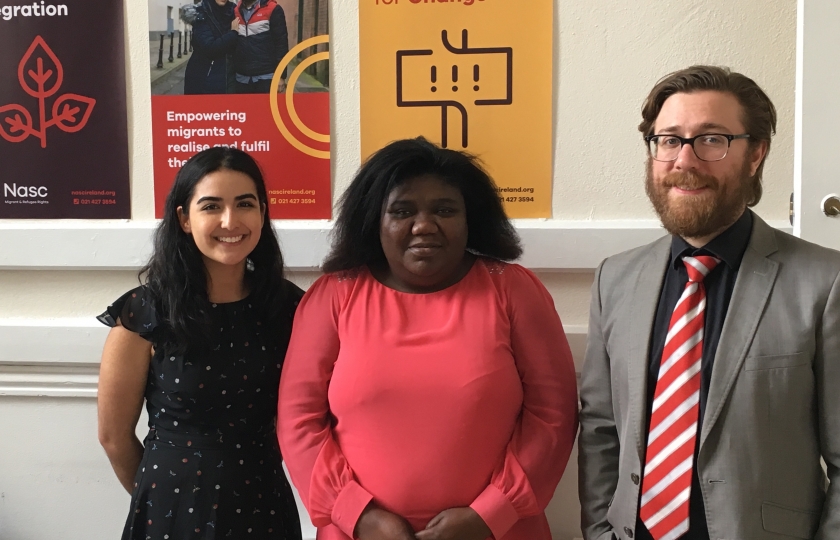 Our Lives Our Futures

Nasc statement on housing recommendations in the Day Report