Progress of implementation slow and piecemeal, particularly in Departments other than Justice that deliver supports and services

Nasc has published a Working Paper auditing the Government’s progress on implementing the recommendations in the Report compiled by the Working Group on the Protection Process and Direct Provision (the ‘McMahon Report’).

“We have conducted extensive research and information gathering for this audit, to help us verify the implementation of the recommendations. Needless to say, we have found a very different picture on that implementation than that presented by the Government,” states Nasc CEO Fiona Finn. 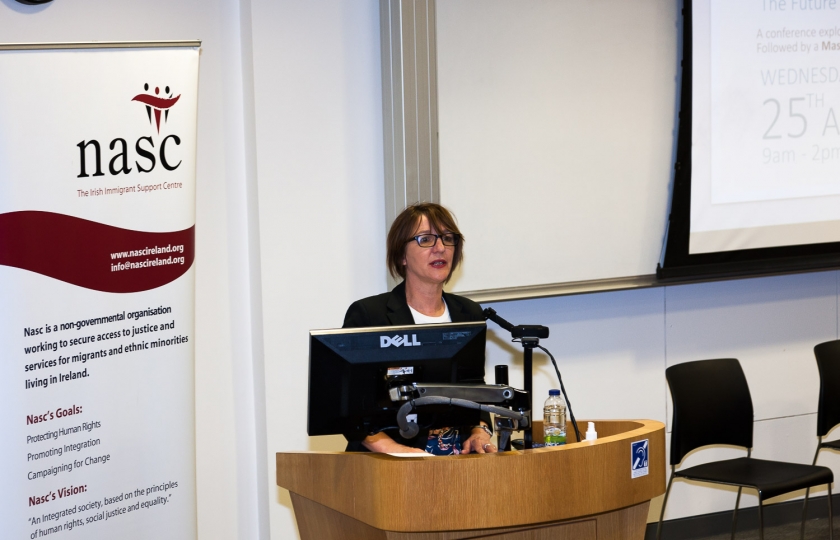 “We were very surprised when the Government announced it’s 98% figure – we were seeing something very different on the ground in our work with people in the protection process and in the direct provision system. That reality is what prompted us to produce this ‘Shadow Report’ of the Government’s progress on implementation.”

Unsurprisingly, the Department of Justice and its agencies, including the International Protection Office (IPO) and the Reception and Integration Agency (RIA), were responsible for the vast majority of the recommendations in the report (138 out of 173), and were responsible for coordinating the overall implementation process.

Other government departments, including the HSE, the Department of Education and Skills, the Department of Social Protection and Tusla, were also given responsibility for a range of recommendations in the report, mostly relating to the provision of supports and services to people in the protection process.

“The data collection process we undertook to produce this Report has revealed that there is particularly slow progress on implementation in departments other than Justice – in particular the HSE, and this is very worrying,” states Ms. Finn.

“Very few of the recommendations assigned to these other departments have been implemented, and a significant number are not being progressed.

“We are particularly concerned that the HSE does not appear to be implementing the recommendations relating to the introduction of an assessment to determine vulnerabilities amongst people in the protection process. This is a population with a high possibility of having experienced torture, gender or sexual based violence, post traumatic stress, and other vulnerabilities which need to be identified so that the appropriate supports and services can be put in place as soon as possible.”

“It is critical that the HSE and the other departments with recommendations currently not being progressed, make more concerted efforts to appropriately resource the implementation of the remaining recommendations in the McMahon Report,” states Ms. Finn. “Only then will we being to move towards a more humane reception system for asylum seekers.”