What we do / Campaigns

People who arrive in Ireland seeking asylum or “international protection” (asylum seekers) are offered accommodation by the State in residential institutions, under a reception system known as ‘Direct Provision’. The State ‘directly provides’ essential services, including medical care, accommodation and board, along with a small weekly allowance. The Direct Provision system is overseen by the Reception and Integration Agency (RIA), a body of the Department of Justice and Equality. The majority of the centres around the country are privately owned and operated, and the standards of accommodation and living conditions vary widely.

Ireland’s policy on refugees and asylum seekers is governed by International Protection Act, 2015. In 2018, Ireland opted into the EU Reception Conditions Directive (recast) which provides minimum standards that all EU countries must adhere to in the reception of asylum seekers.  In line with the Directive, asylum seekers who have been waiting over 9 months for a first instance decision on their asylum application now have access to the labour market through a Labour Market Access Permission.

While access the labour market and some improvements have been made on foot of the publication of the McMahon Report in 2015, the reality for many asylum seekers continues to be several years of limbo in institutionalized settings which are not appropriate for children or vulnerable adults.  The length of time people wait for their applications to be assessed was a key area of consideration during the Working Group process, and remains the key area where very little improvement has been made. The length of time a person waits for a decision has a direct impact on their experience of direct provision. 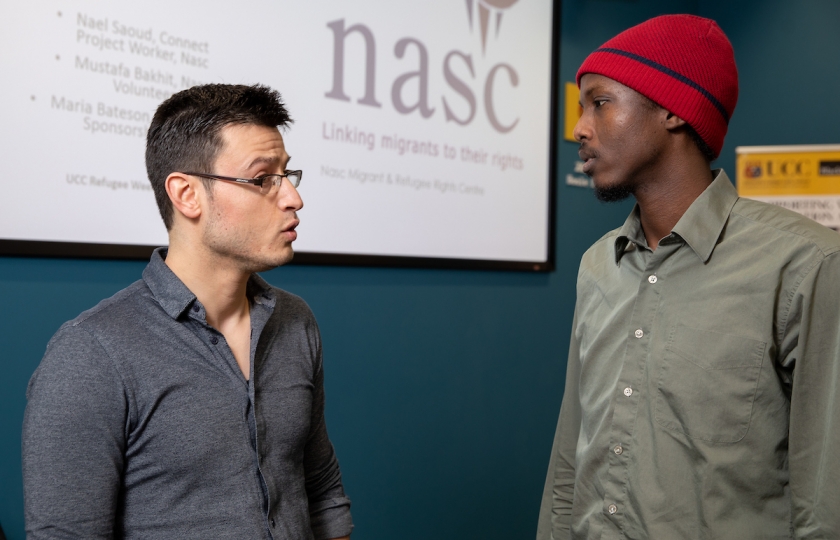 Nasc has campaigned against the conditions in Direct Provision and the impact the system has on asylum seekers since the inception of the system in 2000.

Nasc calls for the end of the ‘Direct Provision’ system and the introduction of a humane reception system in line with international best practice.

We continue to lobby for the full implementation of the recommendations of the Working Group on the Protection Process and Direct Provision, of which we believe just under half remain unimplemented or only partially implemented.

In addition, we are actively involved in efforts to develop possible alternatives to direct provision. This includes working with other NGOs and key stakeholders to engage with RIA on not for profit models, and in creating opportunities for discussion of alternative models based on international best practice.

Beyond McMahon - Reflections on the future of asylum reception in Ireland

Conference Summary – Beyond McMahon: The Future of Asylum Reception in Ireland