In May 2000, Nasc opened its doors for the first time. The headquarters, located at St. Marie’s of the Isle, Bishops Street, Cork quickly established itself as an important focal point in the lives of migrants seeking independent and trustworthy advice. The idea behind Nasc was born out of the realisation that essential services and assistance needs of migrants were being under-delivered by the government.

Piaras Mac Einrí of University College Cork, Father Fachtna O’Driscoll of the Society of African Missions (SMA) and Brendan Hennessey, who later became Nasc’s first employee and full time Coordinator, identified the need for a permanent organisation to continue the provision of these services and founded Nasc in 2000. The financial contribution and use of a building by the Sisters of Mercy in Spring 2000 allowed Nasc to establish a much-needed presence in Cork. Further support followed from the SMA Fathers and a number of other private and philanthropic sources in the months and years that followed.

The focus of Nasc’s work in those early days on Bishop's Street revolved around community groups such as the Women’s Group, the Speakers Panel, the Country of Origin Project, the Policy and Campaigning Group, and the Social and Cultural Group. As well as offering a framework for local integration, the community groups encouraged the immigrant community to find its voice through activism. During the first 3 years Nasc was catering for an estimated 120 clients a month on a one-to-one basis as well as beginning to advocate at the national level for improved asylum and integration policies.

In 2005 Nasc moved to Enterprise House on Mary Street, Cork, thanks to the support of the One Foundation. This second phase in Nasc’s history began with a number of creative projects involving members of the migrant community in Cork: A Safe Harbour? contained poems and reflections written by Cork-based migrants on their experiences of being forced from their homeland and their search for a new life in Ireland; a documentary entitled Who are we Now? focused on the lives of women in direct provision accommodation; and a play called As a Matter of Culture.

In 2007, thanks to funding from Atlantic Philanthropies and the One Foundation, Nasc introduced its personal advocacy service offering legal advice to those unable to afford access to the legal system. The Legal Information Service quickly became the core activity at Nasc, offering an insight into the issues affecting the migrant community in Cork, as well as providing assistance in areas such as family reunification, citizenship, domestic violence and discrimination. 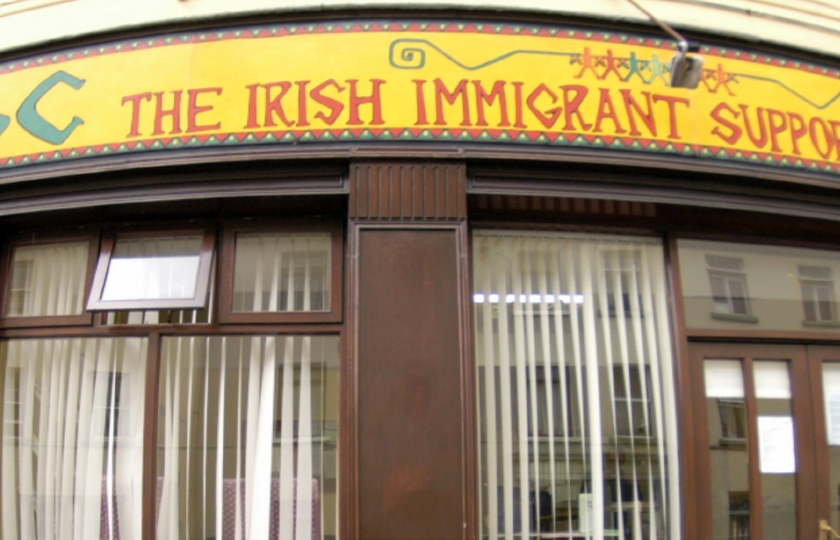 In 2013, Nasc left its Mary Street premises and moved into the Dominican Priory behind St. Mary's Church on Ferry Lane. In 2018, we moved into 34 Paul Street, where we are currently located. The Free Legal Service continues to be our core activity, and we empower over 1,000 migrants annually to realise their rights. Nasc has also expanded and now has integration projects including our Connect project (for migrant and asylum-seeking young people), our Gateways project (for migrant and refugee women) as well as our Community Sponsorship project.

In recent years, Nasc has come to be recognised as a leading national voice on migrant and refugee issues in Ireland. Our work has gone from strength to strength and we have achieved huge advances towards our ultimate goal of creating an inclusive society based on the principles of human rights, social justice and equality. You can read more about our more recent achievements here.

Through all the changes in personnel and locations, Nasc has managed to remain an important resource for the migrant community in Cork. While the scope of Nasc’s activities have expanded greatly since the organisation’s beginnings, we are still very proud of our roots in the Cork community.

At a time when all things were new - the service, the people, the problems, many questions had to be answered with a negative... When there was little hope, we had a simple ambition to be positive - to make each person smile, even if just once.