What's Food Got To Do With It? Food Experiences of Asylum Seekers in Direct Provision (2014)

What’s Food Got to Do With It? documents the food issues asylum seekers experience living in direct provision, the accommodation system set up to house asylum seekers while their applications for refugee status are pending. The report is based on a research study which was conducted by Keelin Barry for a Masters in Public Health thesis in 2011 with the support of Nasc. As part of the research, Keelin interviewed asylum seekers living in direct provision accommodation centres in Cork City about their experiences with food. Main finding include: asylum seekers describe the food in direct provision as inedible, monotonous, too strictly regulated and culturally inappropriate; it does not represent the cultural and religious needs of residents; and it has a negative impact on the health and well-being families and children particularly. The report was launched by John McKenna, food critic and author of McKenna’s Guides in May 2014 in Nasc. 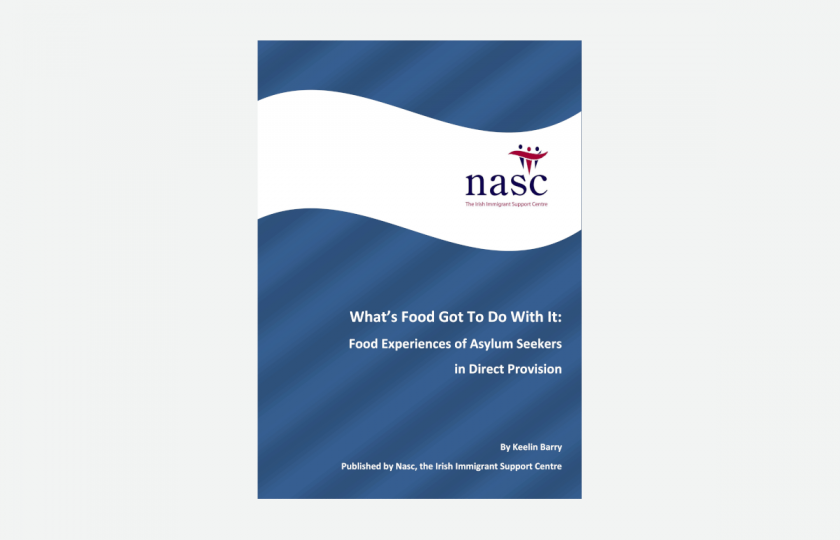 Back to Publications
Donate