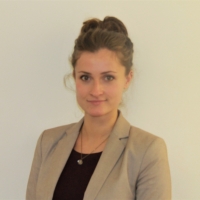 Natalia holds a BA in French Studies and Russian History from University of Oregon and an MSc in Human Rights from University College Dublin. Natalia, a fluent Russian speaker, previously completed a legal internship with Nasc between October 2017- April 2018. Natalia later became an Immigration Consultant in a corporate relocation firm assisting clients with immigration and relocation to Ireland and has a particular expertise in Employment Permits. Natalia previously volunteered with the Russian Oregon Social Services as an English Teacher in 2015, assisted SCOOP Foundation with the launch of and fundraising for Syria’s Vibes Project in 2017.